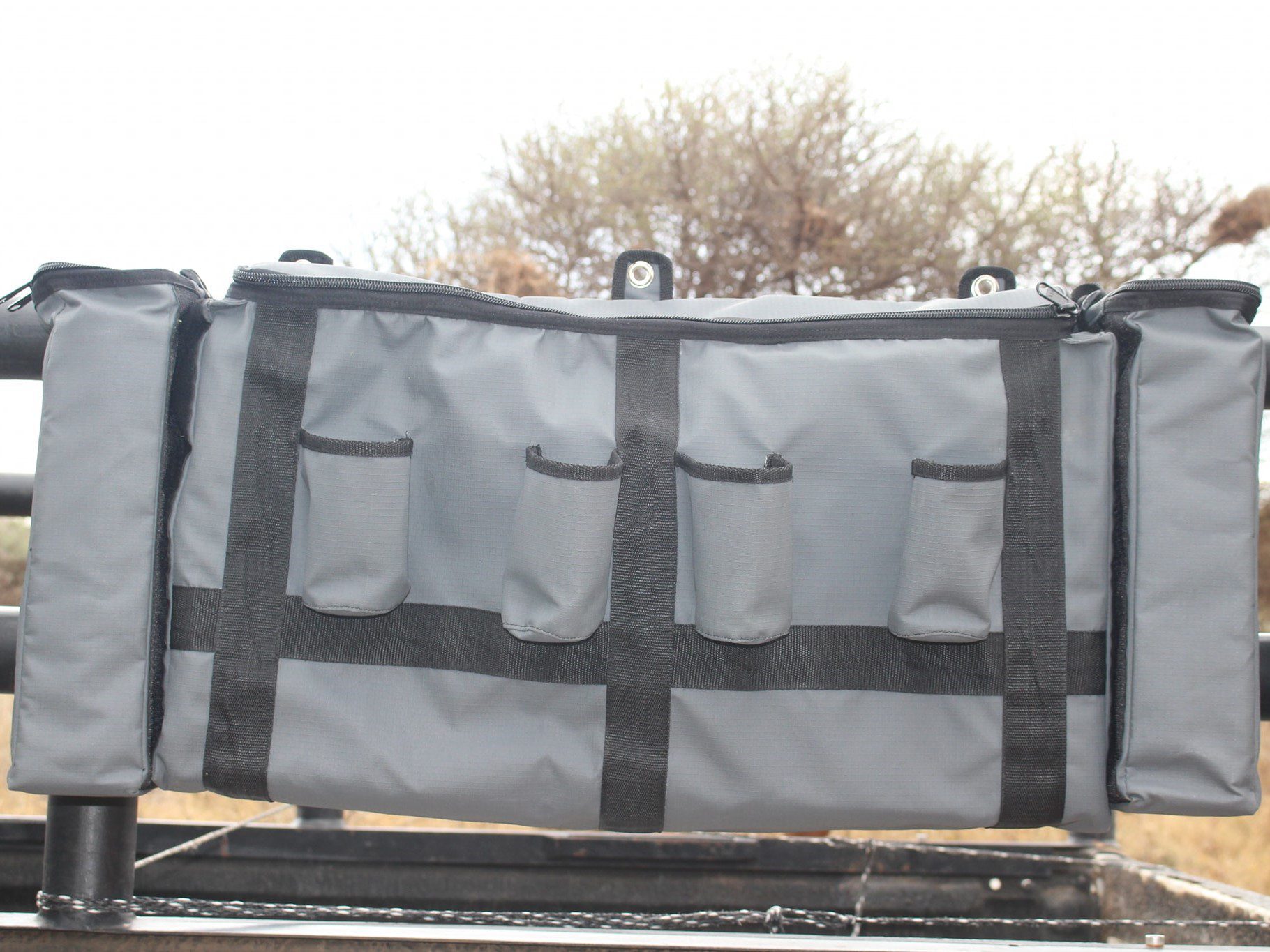 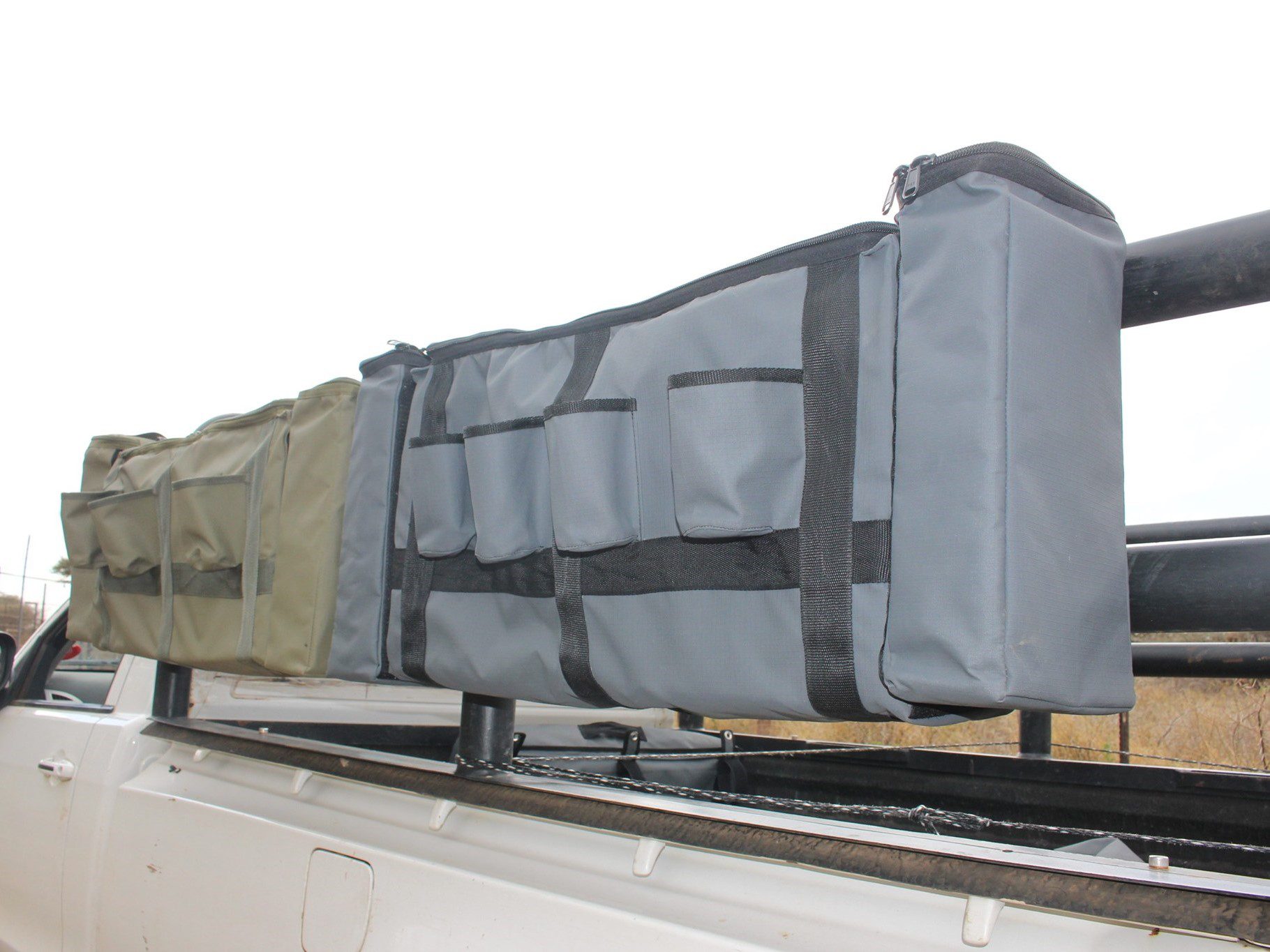 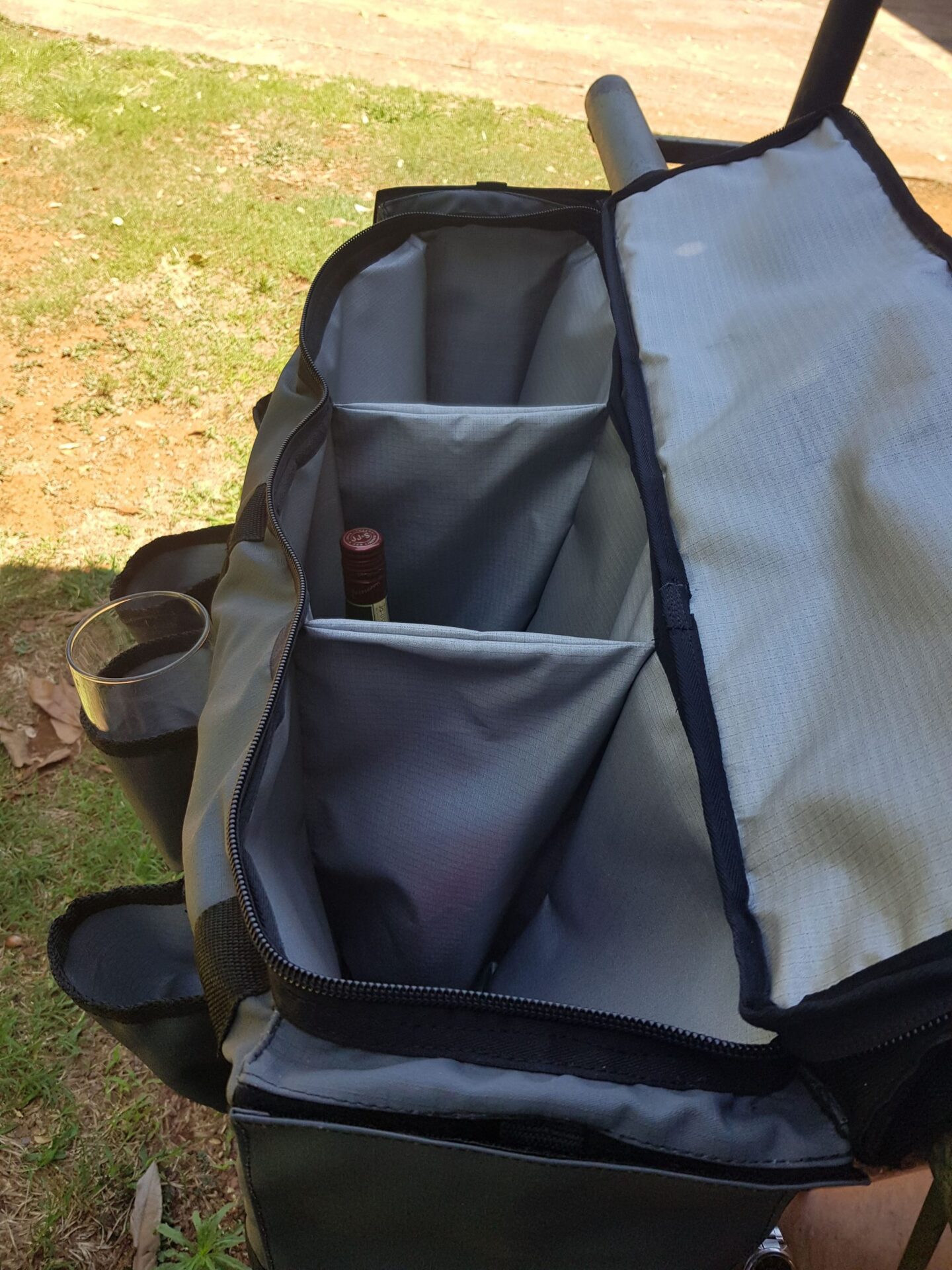 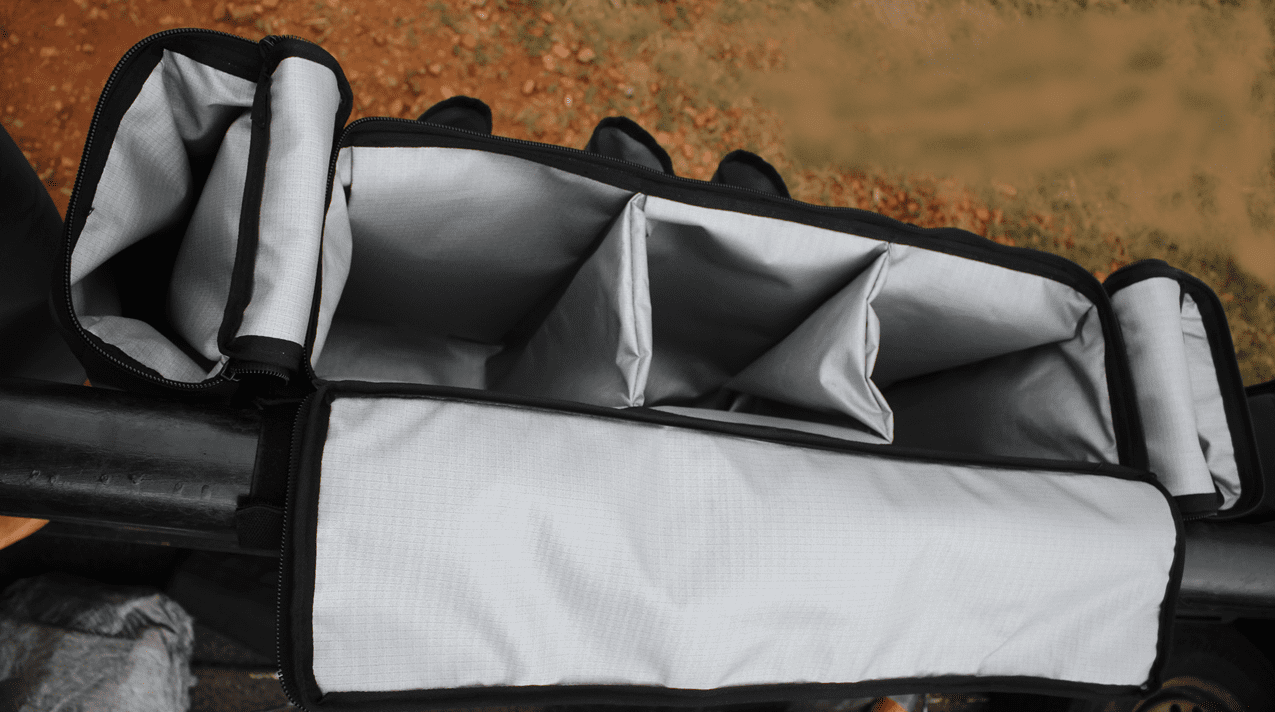 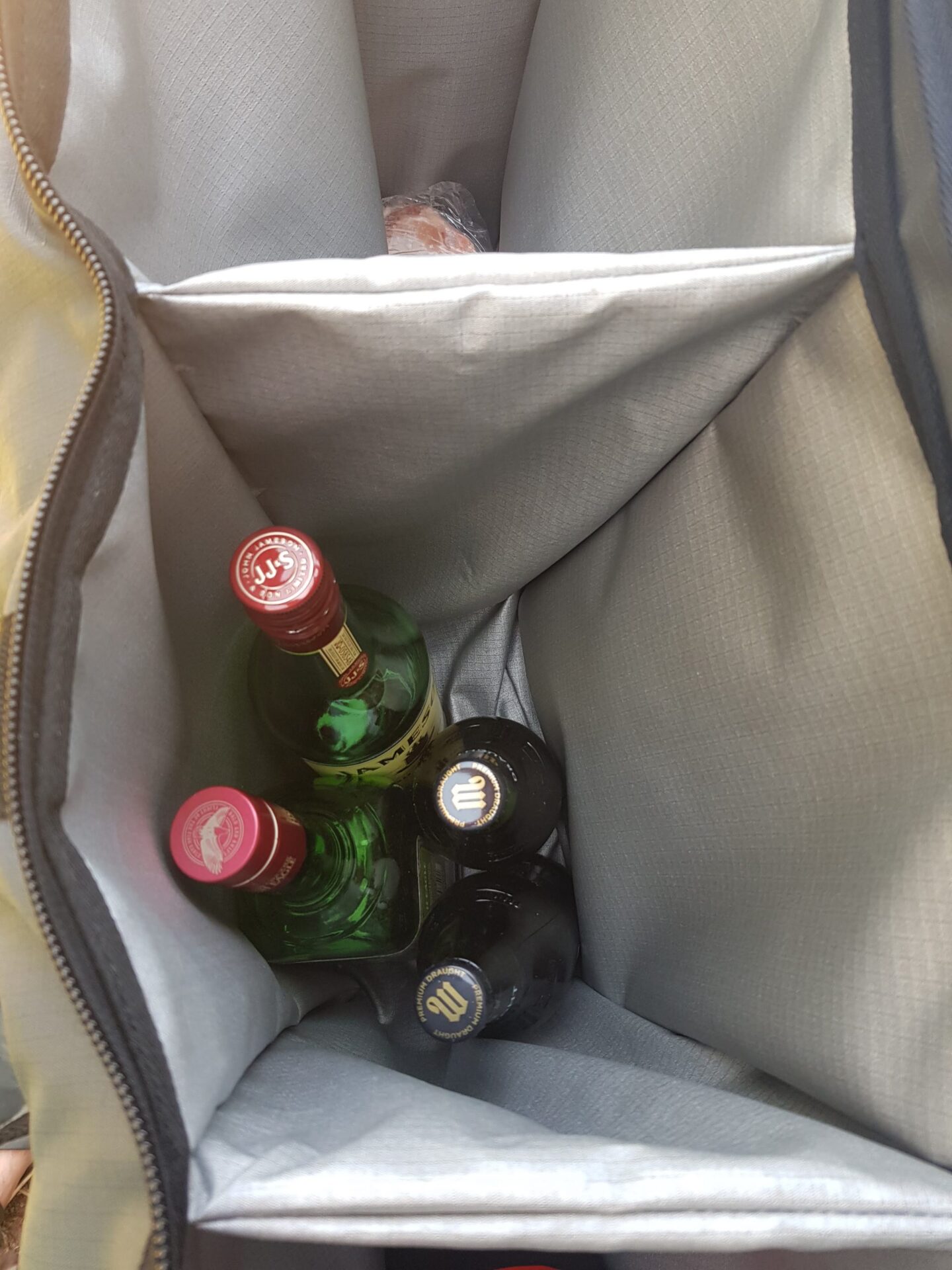 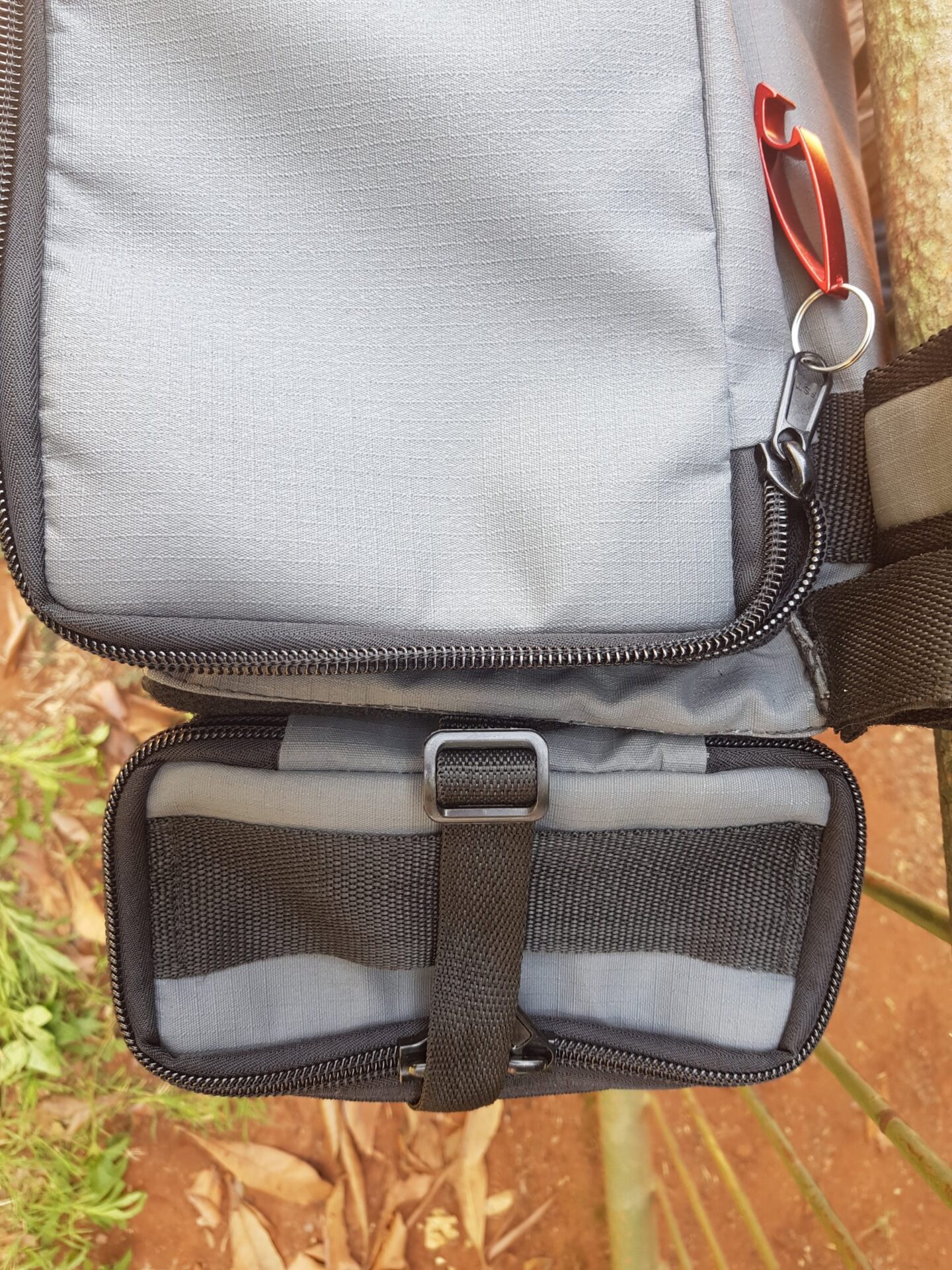 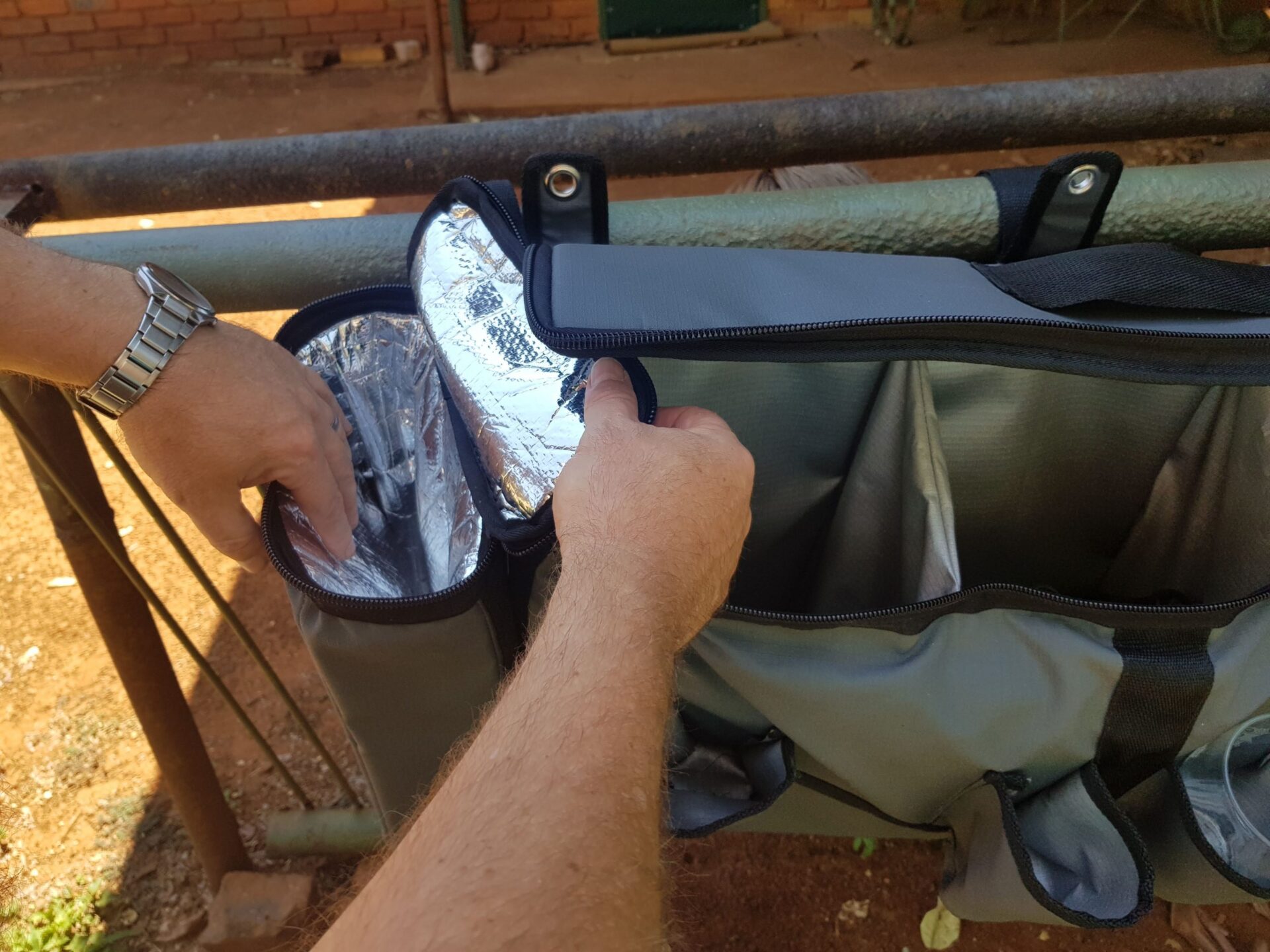 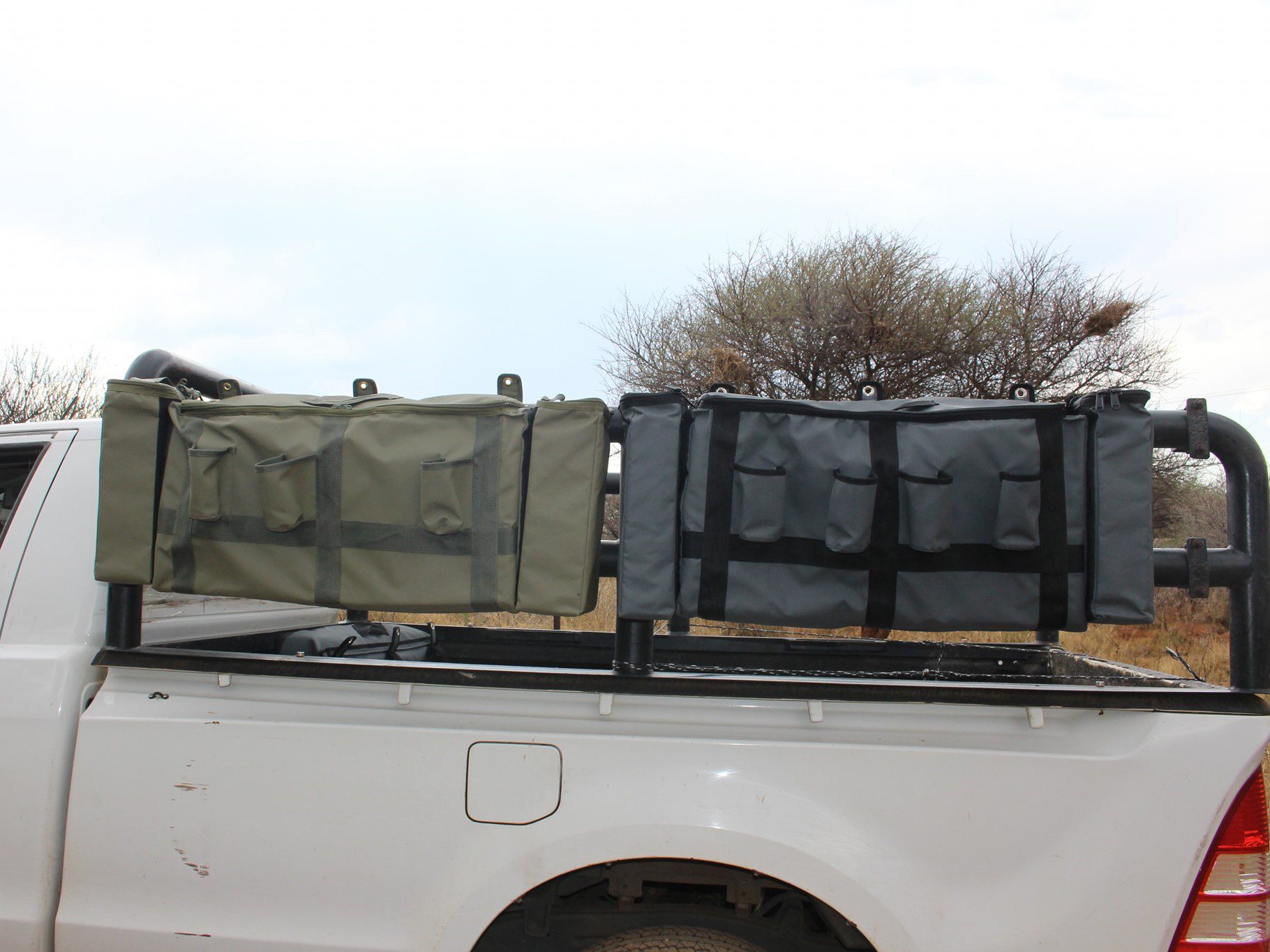 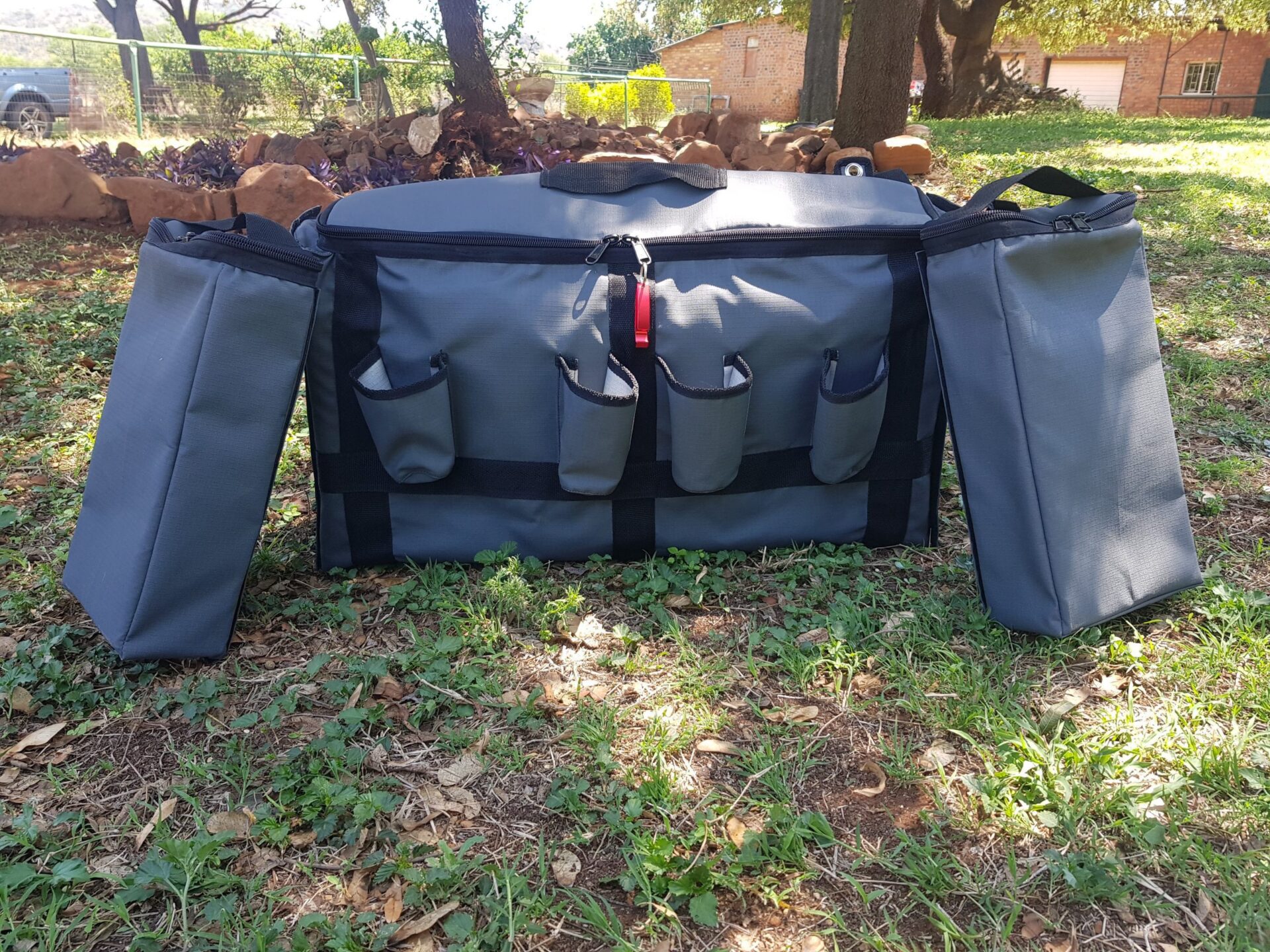 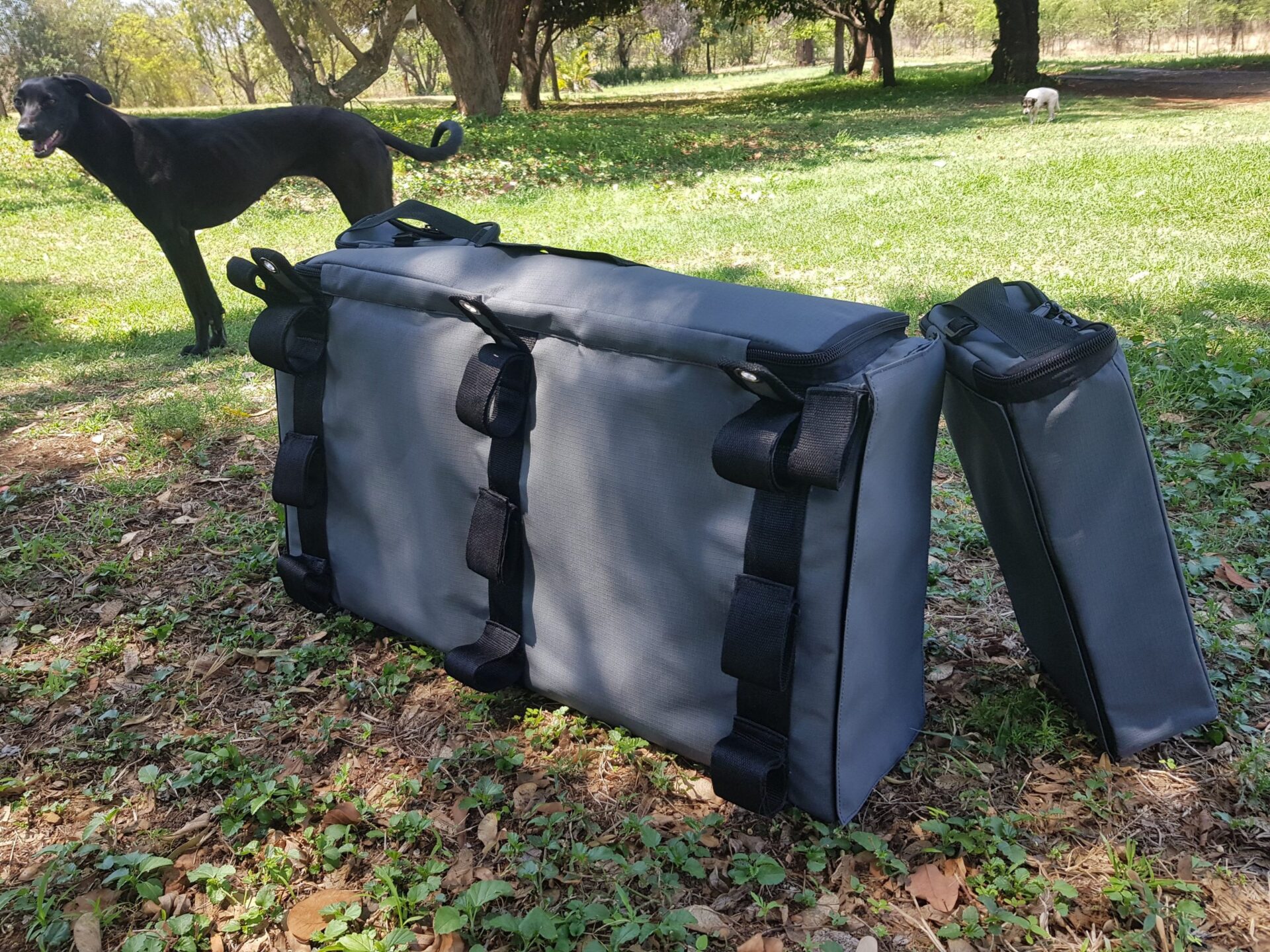 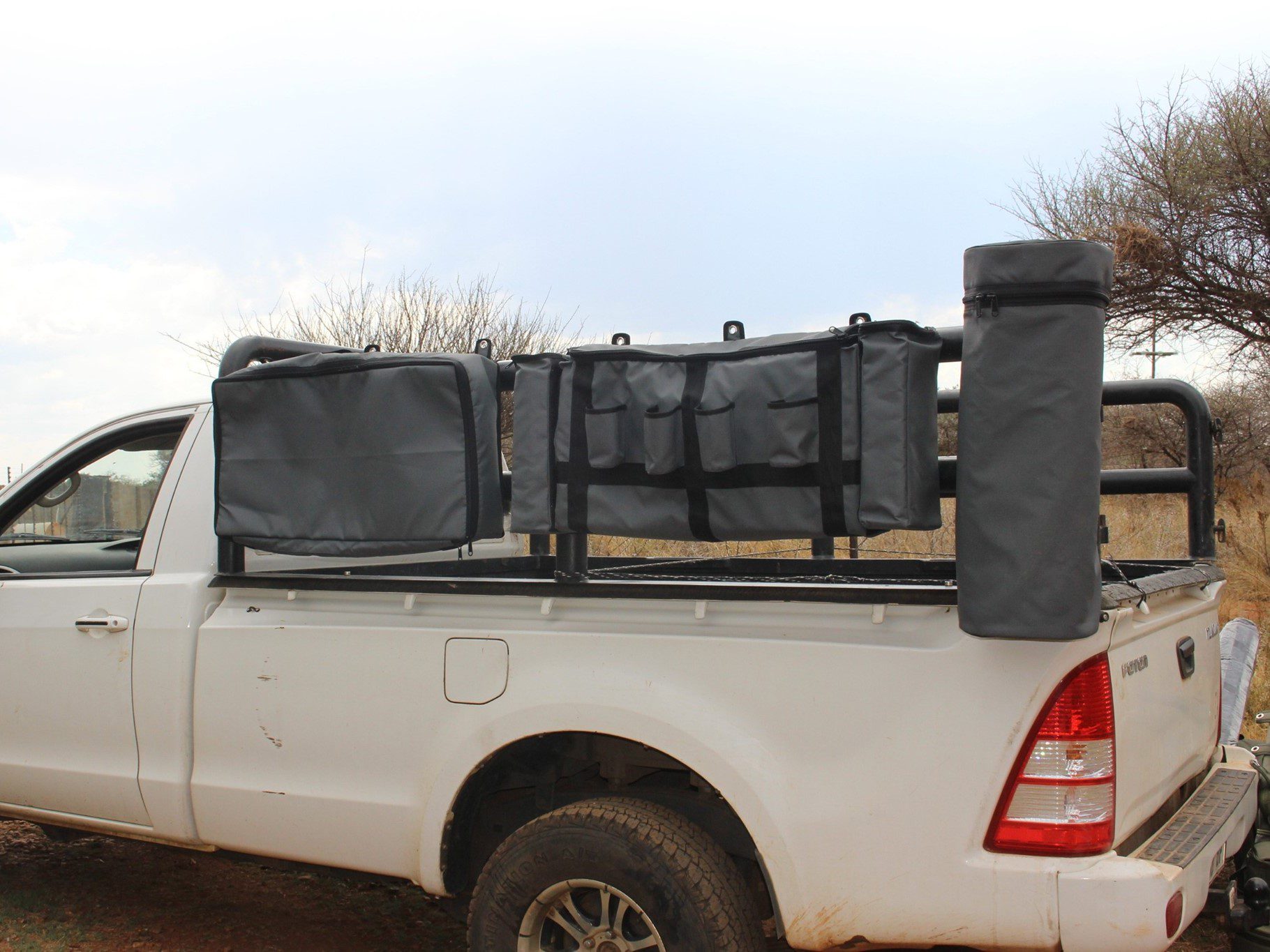 The Large Deluxe Three Pocket Cattle Rail Cooler is an enormous cooler! It is even smarter than the Large Three Pocket Cattle Rail Cooler. Two extra removable pouches are added to hold two bottles of wine, liquor or 2 liter cold drink each. The removable pouches are attached to the Cooler with a wide strip of heavy-duty Velcro.

The Large Deluxe Three Pocket Cattle Rail Cooler attaches to the cattle rails of your bakkie with 3 sets of heavy-duty Velcro straps. The outer layer is made from high-quality 420g ripstop canvas that can handle some rough treatment. Ripstop canvas is highly resistant to scuffing and tearing. Strong webbing straps go all the way around the cooler to give extra support and heavy-duty zips prevent dust from entering the cooler. The new model has two handy cupholders on the outside of the cooler. No need to put your drink down in the dirt!

Thick Alumina insulating fabric and sturdy foam forms the lining of the Large Deluxe Three Pocket Cattle Rail Cooler, providing superior insulation. The lining is not stitched but welded together to form a seamless, waterproof inner. The three pockets are individually waterproofed and will not leak.

Have a look at our other Cattle Rail products here.

There are no reviews yet.